Getting Past the “CRT Heresy Hunt Rhetoric” in the New Year 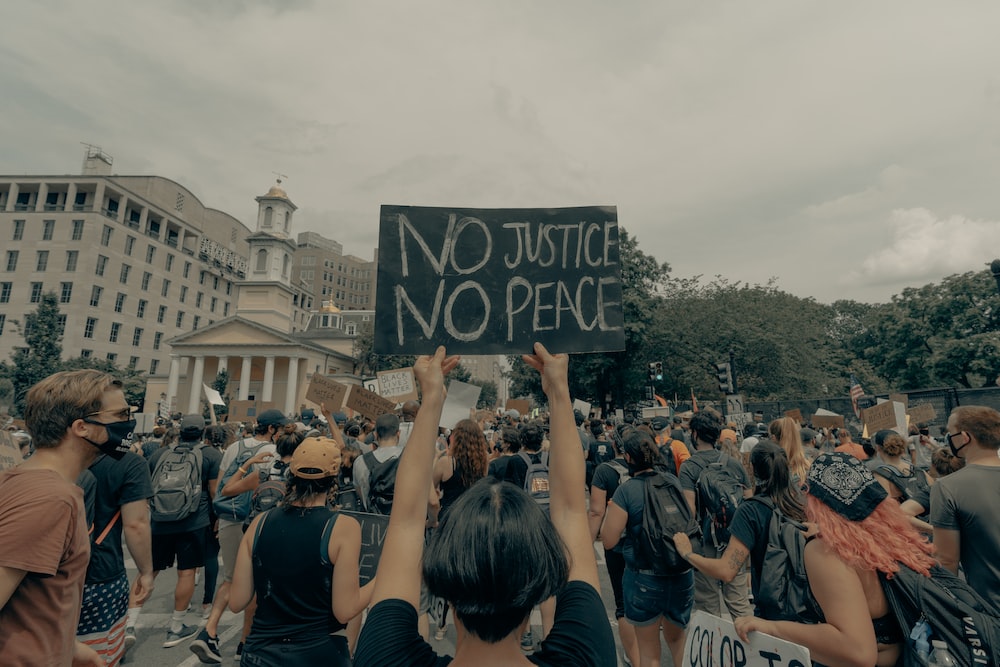 This last summer I took my twin sons on a road trip down Route 66. While we were in Santa Fe, New Mexico, we ventured out to the historic square one evening where there was a peaceful protest taking place. We were having dinner on the square so we were able to listen to many of the speakers. I think a lot of people would have been really surprised by the program.

First, the mayor got up and made very clear his support of President Trump before moving on to talk about the reality of recent police brutality towards people of color. He had everyone take a knee in remembrance of several individuals whose names he read aloud. He was followed by a lady who leads the local chapter of Black Lives Matters. She began by saying that everyone needs to root out the racism in their hearts, including herself. “Even as a Black woman, I need to deal with my own racism,” she told the crowd.

The local police chief spoke at one point. He was later followed by representatives from area American Indian Tribes. There were talks of the dignity and value of Black, White, and Red Lives. It was a diverse program with little to no partisanship. It was just a community of people trying to find a way to discuss an important and painful topic in hopes of a brighter future together.

I don’t pretend to be an expert on this topic. But it is one I care deeply about for a number of reasons, not least of which is that it connects to deeply held Christian beliefs about personhood, dignity, worth, equality, and unity. I’ve grown weary, like many others, with the current heresy hunt that labels Christian brothers and sisters as rejecting the sufficiency and authority of Scripture just because they care about justice and are challenging the church to take seriously the long standing effects of racist attitudes and actions.

In talking with a ministry leader friend recently he shared that he really wants to understand the concerns many, mostly white, evangelical leaders have voiced regarding Critical Race Theory (CRT). He said after reading several articles, not only does he find it difficult to understand the theory, he also doesn’t know any leaders who actually believe the alleged categorical errors.

If you told me ten years ago that a group who publicly calls people like Tim Keller, John Piper, and Albert Mohler, theological liberals, would be garnering massive attention and even getting public statements and responses from ministry leaders and institutional presidents, I would think I never left the King James Only denomination I grew up in.

As I’ve thought about this issue quite a bit in recent months, I’ve started separating out what I think are different layers of a rather complex topic. This post isn’t meant to inform anyone about the nuances of CRT, I don’t pretend to have expertise on its historical development or its contemporary academic usage. I do think the following categories might be helpful for some who want to be charitably involved in the conversation.

I spoke with a friend not long ago who was serving as a dean at a HBCU (Historically Black College and University). He told me those he knows who actually espouse the philosophical underpinnings of CRT find the conversation within evangelicalism a bit absurd as they see much of it removed from the actual view of Critical Race Theory.

If you read much on the topic you will see this is a movement that traces its origin back to Frankfort, Germany in the 1930s. Reading Christian leaders who critique CRT, I often see them citing the same people I read when I was trying to make sense of postmodern philosophy. There are certainly issues of how one comes to know truth, what philosophers call “epistemology” involved in CRT. But I’m curious how many of those being accused of embracing CRT actually adopt these philosophical values.

As with any theoretical construct, there are always ideas that can be isolated from the broader philosophy and end up having certain appeal and influence all of their own. For example, when it comes to postmodernism, the reminder that no person has a completely unbiased view of the world is a helpful insight.

I remember hearing Tony Jones, a leader in the movement of old called the Emergent Church, discuss how his status as a middle class, highly educated, white male living in the suburbs, can affect his perspective of truth. He’s not wrong. Now, I don’t follow with him or anyone else who concludes that truth is thus a social construct. That’s where I quickly and sharply part ways. But the reminder that every person has to work through their own biases is helpful. To appreciate that doesn’t mean one swallows postmodernism. It is possible to eat fish and spit out bones. People have done that for a long time.

Some time back I spoke at a youth camp where the theme for the week was “WOKE.” Not once did any of the leaders mention CRT. Not once in their curriculum for the week did I find anything incompatible with the Bible. They were using the term in a way that was entirely divorced from the theory with which it is associated. That might not be a wise way to go about branding things, but it isn’t uncommon.

So, I resigned as camp pastor and told them they were all drinking liberal Kool Aid. Just kidding.

It’s not helpful to assume that because someone uses a term that is associated with a particular theory that they are even familiar with the philosophical underpinnings of said theory, let alone endorsing it. It could be a good place to pause and have a conversation about the terms with them, but too often, particularly on social media, it seems we accuse first and ask questions later.

Just because someone uses a phrase you know is derived from a problematic philosophy doesn’t entitle you to start lobbing accusatory heresy grenades in their general direction. That kind of behavior doesn’t help. And there are times we just become annoying clanging gongs when we act as though we have to police everyone’s vocabulary.

For example, the vast majority of people use the term “begs the question” in the wrong way. That term represents a technical logical fallacy. Most people use it to mean that something “automatically brings to mind a specific question.” But unless we are in a formal logic or debate class, I don’t think it adds to our witness to tell someone they are using the term wrong and then set out to educate them on Greek philosophy.

Here’s another example: Last semester I stopped by a colleague’s office for small talk. At one point I responded to something with, “Yep, that’s my mantra.” He jokingly responded, “So you’re moving towards eastern religion are you?” Of course, the term mantra can be traced back to eastern religions. But, the fact that he was joking illustrates my point. It wasn’t a serious charge of apostacy.

Before you pounce on someone for using a particular term you might stop to consider how they are using it and how the term is used more broadly in the culture. Just because you can quote the German or French philosopher who coined the phrase, doesn’t mean you understand what the real life person you are interacting with is trying to say. Nor does it mean you need to immediately inform them of some obscure text book or author to demonstrate you’ve read your sources. Condescension rarely helps.

Theories generally aren’t born in a vacuum. Every ideology has a backstory. It seems such philosophies are often the attempt of experts to make sense of it all, often beginning from assumptions that may or may not be compatible with the Christian faith. Nonetheless, these theories are more like the tip of an iceberg representing larger cultural issues. It would be naÃ¯ve to assume that the theories and their theorists are the only ones thinking about the particular issues.

I sometimes get the sense that there are Christian leaders who would have us quit talking about racial diversity, unity, and reconciliation, simply to distance us as far as possible from CRT. Heaven forbid we abdicate our role as salt and light simply so we can look “more orthodox.” I think Jesus’s parable of the Good Samaritan should blow up any such inclination. As one leader recently asked, “Do we care more about our reputation or repentance?”

Let’s Talk To Each Other, Not About or At Each Other

We should be able to have meaningful conversations with other Christians about any philosophy that could be contrary to Christian belief. But we should be quick to listen and slow to speak (James 1:19). We shouldn’t assume someone embraces a total philosophy just because they talk about or care about an isolated idea that is associated with a particular theory or use terms that have found their way into popular usage. And where there are shared values between Christians and the rest of the world, we might even find some measure of gratitude for the demonstration of common grace.

Christians should always care about philosophical threats to the Christian faith (Col. 2:4, 8). But we should also avoid those who simply seek controversy over words (1 Tim. 6:4) and those who have demonstrated themselves to be divisive (Rom 16:17). We must seek to be wise and gracious, and to season our words with salt so that we might communicate truth and grace effectively (Col. 4:5,6).

Racism is real. It’s deeply affected and is affecting those who, in Christ, are our brothers and sisters. This is a family conversation. Let’s get past the heresy hunts and be involved in a meaningful conversation.

The evils of racism are not an issue we can be silent about, even if we run the risk of being called liberal. I would rather be accused of virtue signaling than be guilty of virtual silence. Surely, the Body of Christ can do better in 2021.