What Should We Do With the Bible? 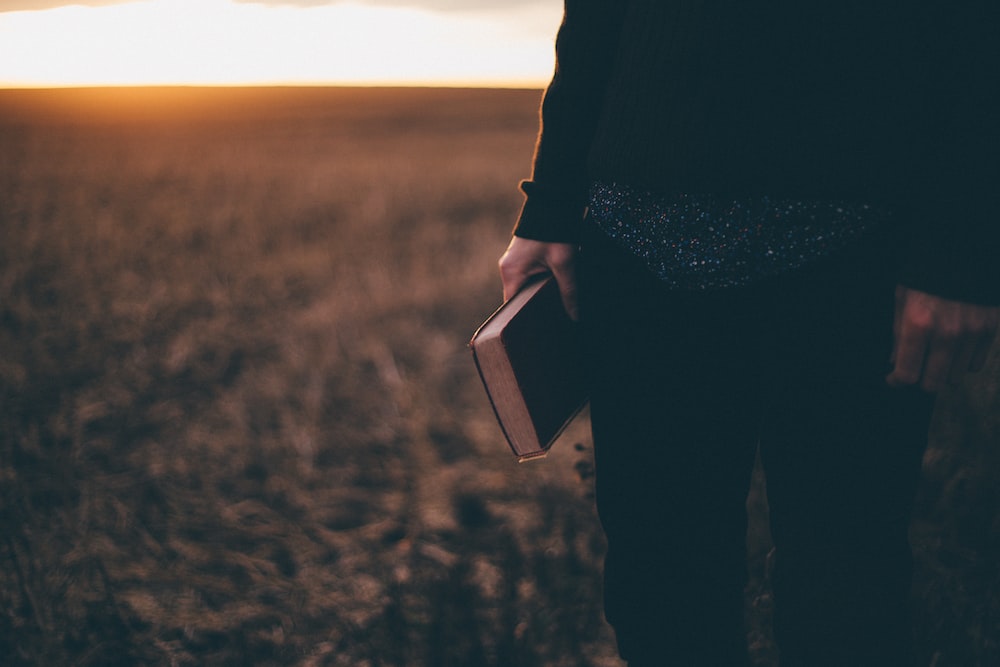 A lot of people find our trust in the Bible misplaced. What should we think? Here’s a summary list I recently gave my students after they watched a couple videos regarding whether we can have confidence in the gospel accounts of the New Testament.

First, there’s a ton of literary evidence for the New Testament. There are more ancient copies of the gospels and the rest of the New Testament than any other work of literature from antiquity. The abundance of evidence doesn’t prove the Bible is true, but it minimally shows it has been transmitted in a reliable way preserving the original. To deny this would call into question the confidence we place in any other ancient writing from Plato’s philosophy to Homer’s poetry.

Second, like all ancient documents, we don’t have the originals. We just have copies. In comparison to the aforementioned authors of Plato and Homer, we have far more copies that get us much closer to the originals.

Third, all the copies have mistakes. Scribes were very human. Some of them couldn’t spell very well. I can relate. And since we have a lot of copies, and all of them contain mistakes, that means we have a lot of mistakes. Some suggest the number of variants, what I’m calling mistakes, number over 400,000 for the New Testament alone. Yep, that’s a lot. Since there are around 180,000 words in an English translation of the New Testament, as Bart Ehrman likes to point out, there are more mistakes than there are words in the New Testament. Does that mean we can’t trust it?

Fourth, the answer that question is “no.” Most of the mistakes are meaningless, just spelling and grammar, the kinds of things you would expect from yourself if you made your own hand written copy of Scripture. Just like God doesn’t keep you from slipping up when you copy something by hand, these scribes were giving it their very best, albeit flawed, effort. Keep in mind, there were times in the history of the church when people risked their very lives to possess, copy, or transmit Scripture. It was no light ordeal.

Fifth, some of the mistakes are significant. Some are even viable. While there aren’t many, there are a few places in the New Testament where we have early copies with some significant differences. This is the point where most people get a little concerned.

Sixth, none of these areas, these few places where we have significant and viable differences, affect any central Christian doctrine. You have things like snake handling mentioned in the end of Mark’s gospel, something that doesn’t show up in our earliest copies. That’s significant. Handling poisonous snakes is bad for your health and by no means a sign of authentic spirituality. Yet, it is spotted easily enough as a later addition, and, again, it doesn’t undo the central claims of the Christian faith. The famous story in John’s gospel of the woman caught in adultery, while a beautiful and powerful, isn’t in our oldest manuscripts from the Gospel of John. Again, that doesn’t undo any major Christian doctrine.

Finally, Christians have good reason to trust the Scriptures. While the scribes made mistakes, the spread of Christianity and the multiples lines of people making copies, made it nearly impossible for anyone to corrupt the content of the New Testament. If someone tried to add something, we could spot it easy enough comparing it to other copies.

That’s exactly what Bible translators and scholars do. They even show us their homework if we take the time to pay attention to the occasional Bible passage that is [bracketed] or italicized. The footnotes at the bottom of the page will explain what’s going on and how scholars have done the hard work to get back to what was in the originals.

As those who have experienced the life changing power of the gospel, our reasons for trusting Scripture exceed even the mountain of literary evidence. The power of the Bible speaking to its own truthfulness, pointing to Christ as the one, true way to God, confirms in our hearts that the Author of the World and the Word has given us a sure foundation for all things related to life and godliness.

Good morning Christ Follower. Welcome to the fact that Jesus drank every last drop of God's wrath so that you can drink of His joy now and for the rest of eternity.