On Going to Church 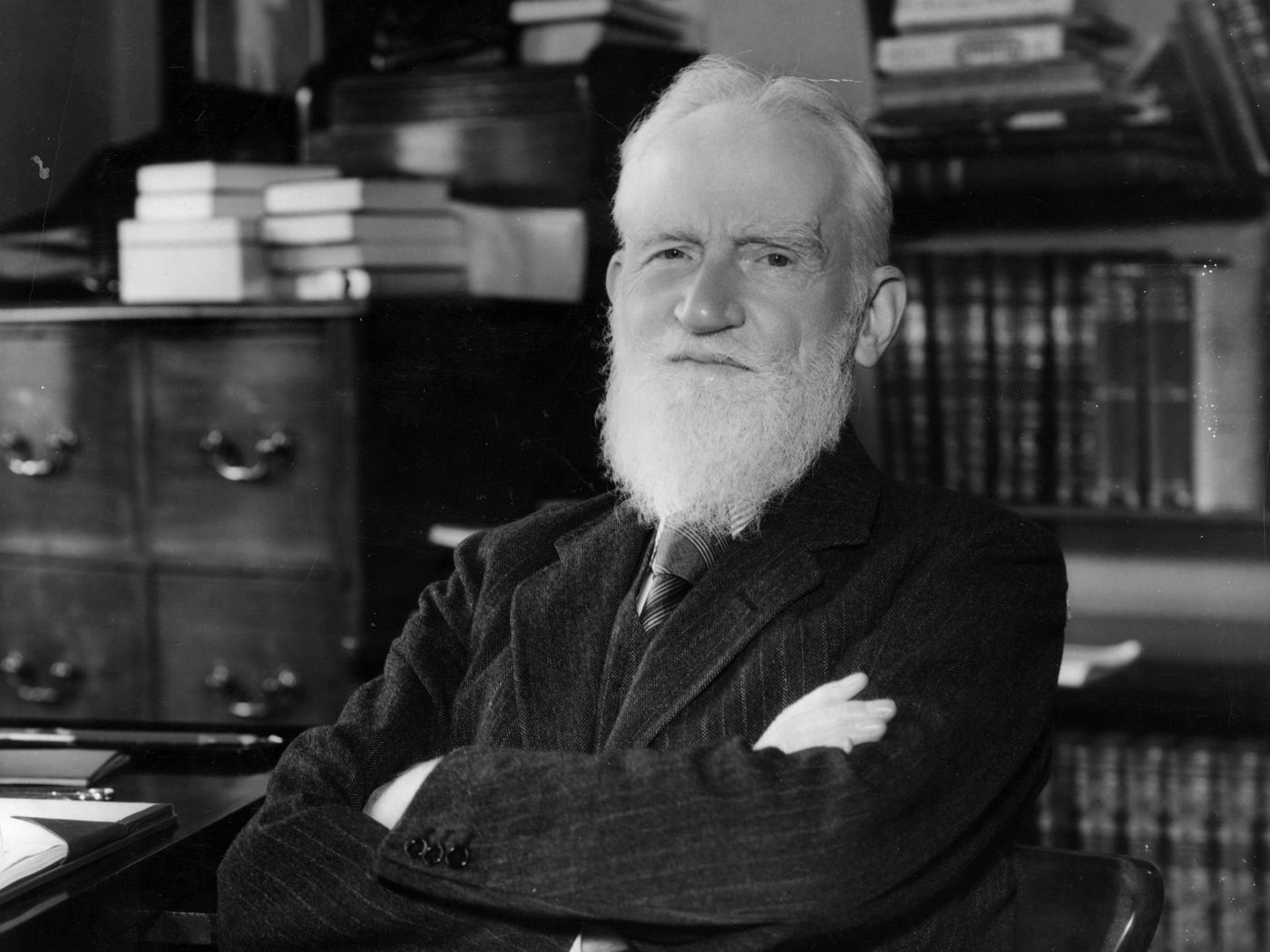 George Bernard Shaw was a public intellectual who opposed Christianity yet was close friends with Christians of his day like G.K. Chesterton. He was the kind of atheist I think I’d like to be friends with, the kind you could really talk about things without it becoming a mere exchange of sound bytes and superficial arguments from a Wiki page.

That doesn’t mean Shaw held back his criticism of the church. He didn’t. But he did publish an essay on his thoughts about finding inspiration at church called “On Going to Church.” It is almost as interesting as its author. Shaw begins talking about the way many find a mental state for creative work through alcohol or caffeine. Shaw goes so far as to classify what substances create what sort of results for the respective artist or author:

Shaw describes the ditches of such substances with downers on the one side and uppers on the other. I’m not sure if balance was what Shaw was after, but, whatever it was, he found it in sacred places. “Then I go to church,” Shaw tells us, “[and] find a rest without languor and recreation without excitement.” I think there’s something here worth exploring, far more than I will in this simple post.

I’m reminded of Charles Taylor’s expression of being haunted by transcendence. We can’t seem to get away from it, God that is. For Shaw there was something in these old churches that lifted his spirit. Shaw even provided a word of instruction for those who build churches:

“Mirror this cathedral for me in enduring stone; make it with hands; let it direct its sure and clear appeal to my senses, so that when my spirit is vaguely groping after an elusive mood my eye shall be caught by the skyward tower, showing me where, within my cathedral, I may find my way to the cathedral within me.”

Shaw is sure to clearly articulate his atheism before ending the essay. Like the late Christopher Hitchens who warned his faithful followers to ignore any deathbed discussions of belief and disregard them as delusion, Shaw doesn’t leave room for speculation of a covert conversion. But what should we make of this compulsion to nearly worship inflicted upon the unwitting secularist who happened upon a beautiful cathedral and liked it? It’s a reminder that we were made for more than what our physical senses can perceive. There’s something deep within us, buried in our hears, longing to be resurrected. King Solomon called it eternity (Ecc 3:11).

I saw a trailer for the new Avatar movie the other day. It reminded me of the phenomenon caused by the first installment of blue people and beautiful landscapes. Many experienced depression after watching the movie, what was quickly labeled “Post-Avatar blues.” Shaw’s experience in visiting church wasn’t all that different. Both were pointers beyond the self to a beauty we intuitively long to know, cherish, in which we can both lose and find ourselves simultaneously. This fits the pattern of Jesus’s words that in the losing of our lives, we somehow, find life.

Whether in a theater or a cathedral, I pray you don’t ignore this impulse. We were made for worship, though most of us spend our days trying to be worshipped. No wonder we live in such an anxious time. But if we will listen to that voice within, and lift our eyes beyond, we can be reminded of the eternal purpose and love for which we were made. Our hearts will be restless, as Augustine said, until we find our rest in God.