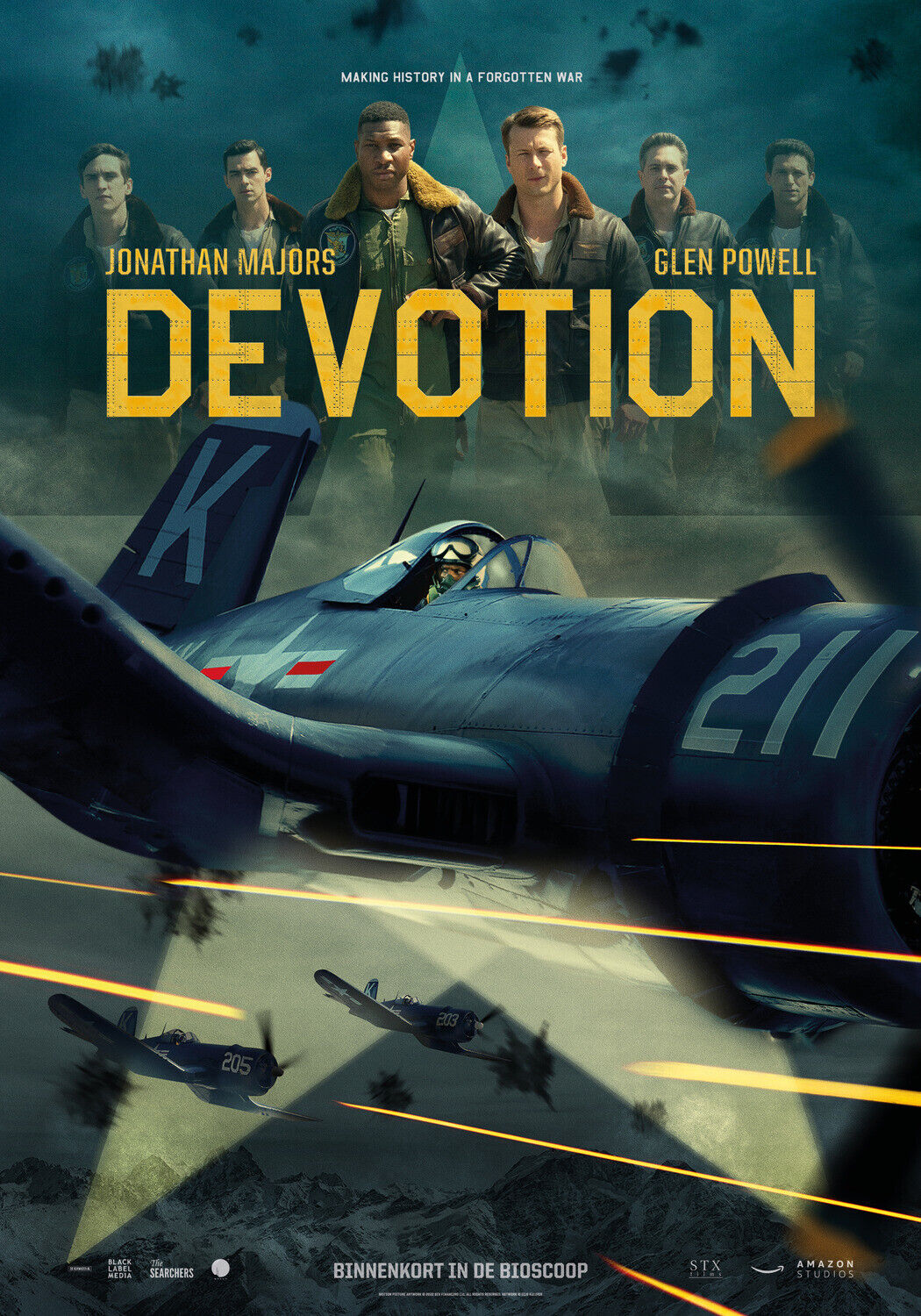 Over Thanksgiving break I tricked my family into watching a movie I hoped to skip. Maybe it was kind of a jerk thing to do. My nephew and his fiancé wanted to see Wakanda Forever. I wanted to see Devotion. For the record, I’ve already seen the Black Panther sequel and I loved it. But I wasn’t keen on rewatching it. So, I hatched a plan.

It was more coincidence then a well laid plan, for full disclosure. My Illinois hometown has a small theater on our historic downtown square. They have a few screens. When I bought our tickets, I noticed Devotion started thirty-minutes later than Wakanda, but ended at the same time. That sounded rather convenient. I bought everyone else their tickets with a loud kind of gregariousness I hoped would be noticed and appreciated. I also hoped it would provide a bit of a distraction.

While they said their thank yous, I whispered to the clerk I wanted a single ticket for Devotion. As everyone filled up their cups with their carbonated choices, I asked the clerk if it would be okay for me to sit in with the group until my movie started. We were the only ones in the theater, after all. I sat through the trailers and the first few minutes of the opening scene. Under the veil of darkness, I slipped out and tiptoed my way to Devotion.

The movie tells the true story of the first black naval pilot, Jesse Brown. I won’t give any spoilers, but if you read this 2016 CNN article, you’ll get the full story. It’s a powerful picture of a man who transcended social challenges. And it’s a beautiful account of an unlikely friendship. I highly recommend it. You can read a common sense media review here if you decide not to ditch your family like I did.