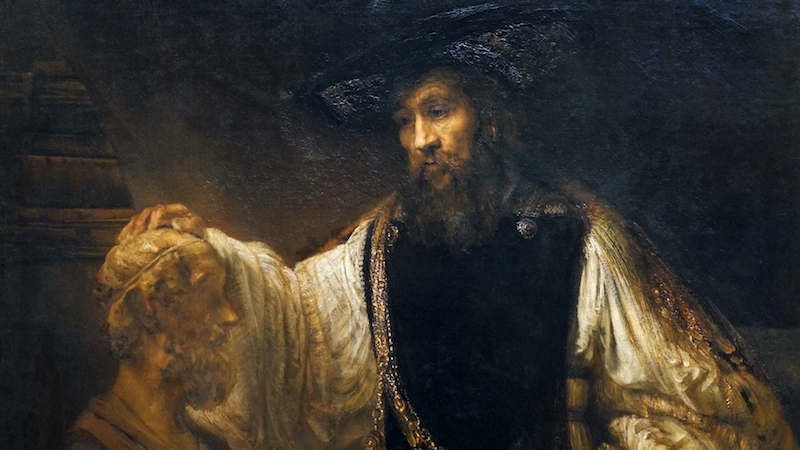 The Greek poet Homer was thought to be blind. He lived about seven or eight hundred years before Jesus. His writings the IliadÂ and the OdysseyÂ have more ancient copies than any other piece of literature from the distant past. Except, that is, for the Bible. But no one is praying to Homer or basing their lives on the Odyssey.

The Bad News About the Bible

So, in light of such bad news, why in the world do Christians act like the New Testament is trustworthy? Isn’t it clearly corrupted? Why act like it is better literature than the Iliad?

First, the vast majority of the differences, what academics call “textual variants,” are actually insignificant things like spelling and grammar. Keep in mind, throughout the early spread of Christianity the New Testament letters were copied by hand in order to give instruction to the new communities of faith. One well-known expert on the biblical manuscripts (manuscripts just means copies), Daniel Wallace, demonstrates that we really have 98% agreement between the main sources of biblical manuscripts once you remove insigificant issues like differences in spelling and grammar.

Second, we have loads of manuscripts. In fact, the New Testament is in a completely different league in comparison to other historical documents. As I mentioned, the IliadÂ has more manuscripts than any other ancient work second to the Bible. There are 1,757 ancient copies of the Iliad. ThisÂ pales in comparison to the number of early copies we have of the New Testament, which boasts over 5,000 copies. The more copies you have the better. But the more hand made copies you have the more possibility for spelling and grammatical errors (see the first point).

Fifth, while the New Testament is not merely a history book it does make many historical statements. And it is set in a historical context of place and time. Some skeptics wrongly assume that the New Testament lacks historical support and can be easily disproved. One notable example is the scholar Sir William Ramsey, who was the first to hold the chair of Lincoln Professor of Classical Archaeology and Art at the University of Oxford. He became a Christian after being convinced of the reliability and truthfulness of the New Testament through his rigorous archeological research in Asia Minor.

Seventh, while many greatly appreciate the influential writings of Homer, he is not really known for changing lives. The New Testament should be trusted because it contains the ability to change lives, the gospel that is the power of God to salvation for all who believe. If you’ve experienced this then you know just how powerful of an argument it is. A skeptic might laugh at this point, but if they ever personally experienced the transformation that comes through Jesus then they would agree.

So, take up the New Testament and read. And as you prepare for Christmas, I hope you are encouraged by this reminder of some of the reasons we can trust it more than any other writing of antiquity. More than just a reliable book, it testifies to a baby born in Bethlehem who is the king of the world.

Even though Adam & Eve had to leave God's garden, God never left His people. We now live out here in the wild, clinging to God's leadership & love. One day, rumor has it, God will lead us back to His Garden, where we will live, ever satisfied with His presence & provision.