An Easter Reflection on the Garden 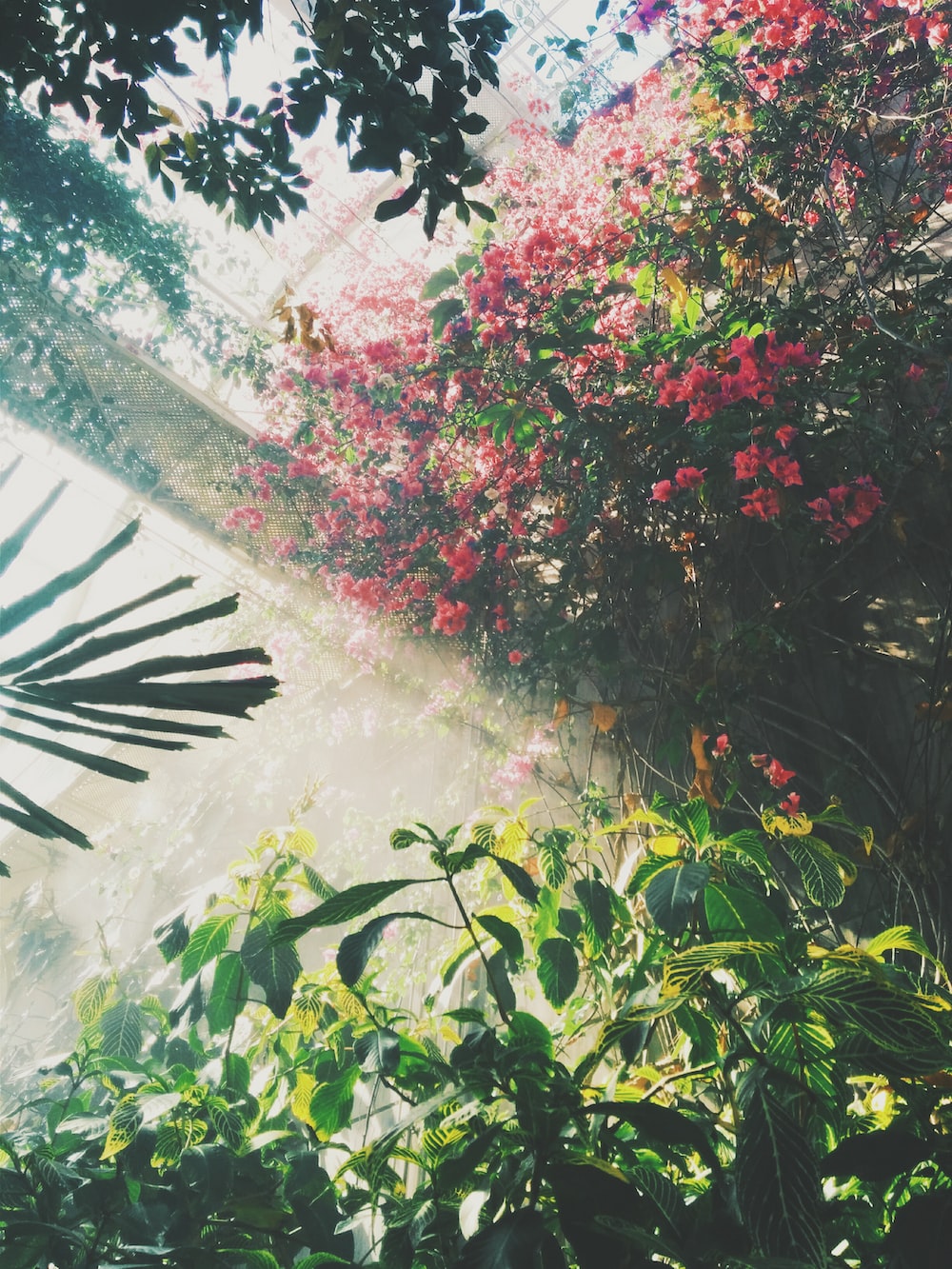 Standing in the garden, tears streaming down her face, I imagine Eve let out a breathless scream when the Creator confronted their rebellion. Our ancestors were created in this glorious garden. And yet, for us, as it became for Adam and Eve on that fateful day of the fall, Eden is a million miles away. It’s a dim memory and a locked mystery. It haunts us.

The history of humanity is marked by a perennial desire to get back to the garden, that peaceful place where we dwell in God’s presence. Perhaps that’s why this botanical theme is nearly ubiquitous in Scripture. Garden scenes make cameo appearances throughout the entire Bible from beginning to end.

God “planted” the first garden (Genesis 2:8). Every other garden is a human effort, though the Apostle Paul reminds us the seasons and harvest are themselves witnesses of God (Acts 14). One of the first things Noah did in getting settled into the post-flood world was to plant a vineyard (Genesis 9:20). This parallels God’s preparation of the original creation in many ways. In these first two biblical gardens we see the themes of creation, loss, and human brokenness mingled with a hope of future redemption.

Adam and Noah both longed for beauty but ended up corrupting the very things they cultivated. Adam ignored God’s words and lost paradise for himself and all his future descendants—like you and me. Noah got drunk in the shadow of the ark providing an opportunity for his family to fall into grave sin, resulting in the curse of his grandson Canaan. While we don’t know much about this second garden episode, like the first, the results are devasting and generational—just read the book of Joshua and Israel’s military conquests in Canaan in entering the Promised Land. The sin in the garden affected both person and place.

Not every garden scene in Scripture is so terrifying. King Solomon valued pretty gardens (Ecclesiastes 2:5-6). His love letter to his young wife would lose all poetic power if robbed of its garden imagery. One is tempted, appropriately so, to read Song of Songs as being about more than mere human romance. I’m of the opinion this love letter is pointing to a greater love, a divine love, which brings us back to a place of wholeness and restoration, back to the garden.

God regularly uses garden language to talk about his love for his people. Look at God’s song he delivered through the prophet Isaiah:

I will sing about the one I love,
a song about my loved one’s vineyard:

The one I love had a vineyard
on a very fertile hill.

He broke up the soil, cleared it of stones,
and planted it with the finest vines.

He built a tower in the middle of it
and even dug out a winepress there.

He expected it to yield good grapes,
but it yielded worthless grapes.

So now, residents of Jerusalem
and men of Judah,
please judge between me
and my vineyard.

What more could I have done for my vineyard
than I did?

Why, when I expected a yield of good grapes,
did it yield worthless grapes?

Now I will tell you
what I am about to do to my vineyard:

I will make it a wasteland.
It will not be pruned or weeded;
thorns and briers will grow up.

I will also give orders to the clouds
that rain should not fall on it.

For the vineyard of the Lord of Armies
is the house of Israel,
and the men of Judah,
the plant he delighted in.
He expected justice
but saw injustice;
he expected righteousness
but heard cries of despair.

What follows is a devasting account of God’s judgment on His people. God allows the walls around his garden to be destroyed and his people to be exiled. But these garden passages don’t leave us without hope. These fallen gardens set a dark backdrop for the blinding dawn of God’s salvation. Just a couple chapters later in Isaiah, God promises to give the people a sign, a virgin who will conceive a child and his name will be Immanuel, “God with us.”

Of course, we don’t have wait for the prophet Isaiah to find this kind of hope in contrast to a fallen garden. In the darkest chapter of the Bible, the third chapter of Genesis, God promises Eve one of her offspring will defeat evil (Genesis 3:15). Though Eve would walk out of the first garden with a tear stained face, in her eyes there must have been a small flicker of hope. One day a child would make it possible for humanity to again dwell with God.

It shouldn’t surprise us the garden motif shows up in the life of Jesus a well. Jesus once told a story about a vineyard that basically summarizes the biblical story of redemption.

[Jesus] began to speak to them in parables: “A man planted a vineyard, put a fence around it, dug out a pit for a winepress, and built a watchtower. Then he leased it to tenant farmers and went away. At harvest time he sent a servant to the farmers to collect some of the fruit of the vineyard from them. But they took him, beat him, and sent him away empty-handed.

Finally he sent him to them, saying, ‘They will respect my son.’ But those tenant farmers said to one another, ‘This is the heir. Come, let’s kill him, and the inheritance will be ours.’ So they seized him, killed him, and threw him out of the vineyard. What then will the owner of the vineyard do? He will come and kill the farmers and give the vineyard to others. Haven’t you read this Scripture?

The stone that the builders rejected
has become the cornerstone.
This came about from the Lord
and is wonderful in our eyes? ”

They were looking for a way to arrest him but feared the crowd because they knew he had spoken this parable against them. So they left him and went away.

The language of the rejected stone becoming the cornerstone points back to Isaiah 28:16 and Psalm 118. Jesus is the son of the vineyard owner, who is rejected and killed. And he is the one who will conquer evil and lead us back into God’s garden. Though rejected, he is the most important stone, our rock of refuge (Psalm 18:2).

In the New Testament, you can often find Jesus in the garden. He prayed in the Garden of Gethsemane before his betrayal (Matthew 26:36-46). After his crucifixion, he was buried in a garden tomb (John 19:41-42). It was in the garden where his followers first encountered him after the resurrection.

Standing in the garden, tears streaming down her face, I imagine Mary Magdalene let out a breathless scream when she saw the angels sitting in the empty tomb where Jesus’s dead body had been lying.

Read the passage for yourself:

But Mary stood outside the tomb, crying. As she was crying, she stooped to look into the tomb. 12 She saw two angels in white sitting where Jesus’s body had been lying, one at the head and the other at the feet. 13 They said to her, “Woman, why are you crying? ”

“Because they’ve taken away my Lord,” she told them, “and I don’t know where they’ve put him.”

Having said this, she turned around and saw Jesus standing there, but she did not know it was Jesus. 15 “Woman,” Jesus said to her, “why are you crying? Who is it that you’re seeking? ”

Supposing he was the gardener, she replied, “Sir, if you’ve carried him away, tell me where you’ve put him, and I will take him away.”

It’s no wonder Mary didn’t recognize Jesus when she turned around to respond to the voice of the one asking, “Why are you crying?” (John 20:14). Our own tears throughout the years answer the question as well. We’ve been seeking someone who can bring us back to a place of perfect peace. We’ve been trying to get back to the garden. Jesus is who she was seeking. And behind all of our attempts at security and joy, Jesus is who we are seeking as well.

If only Adam would have obeyed the words of God, protected his bride from the lies of the serpent, and defended his turf. Could we have lived in that garden forever? Whatever you think of that question, it is powerful how the Apostle Paul calls Jesus “the final Adam.” Jesus came to do what Adam should have done in the first place.

Jesus obeyed the words of God, protected his bride, and defended his turf. And he promises to make the whole thing new, to lead us into a new garden where he will wipe the tears from our eyes, and where humanity will again dwell with God (Revelation 21).

It’s no wonder Mary thought Jesus was a gardener. In many ways, that’s what the whole story has been about. A garden is where it started. And a garden is where it’s headed. Jesus is leading the way, right out of his borrowed garden tomb and into the very presence of the Father.