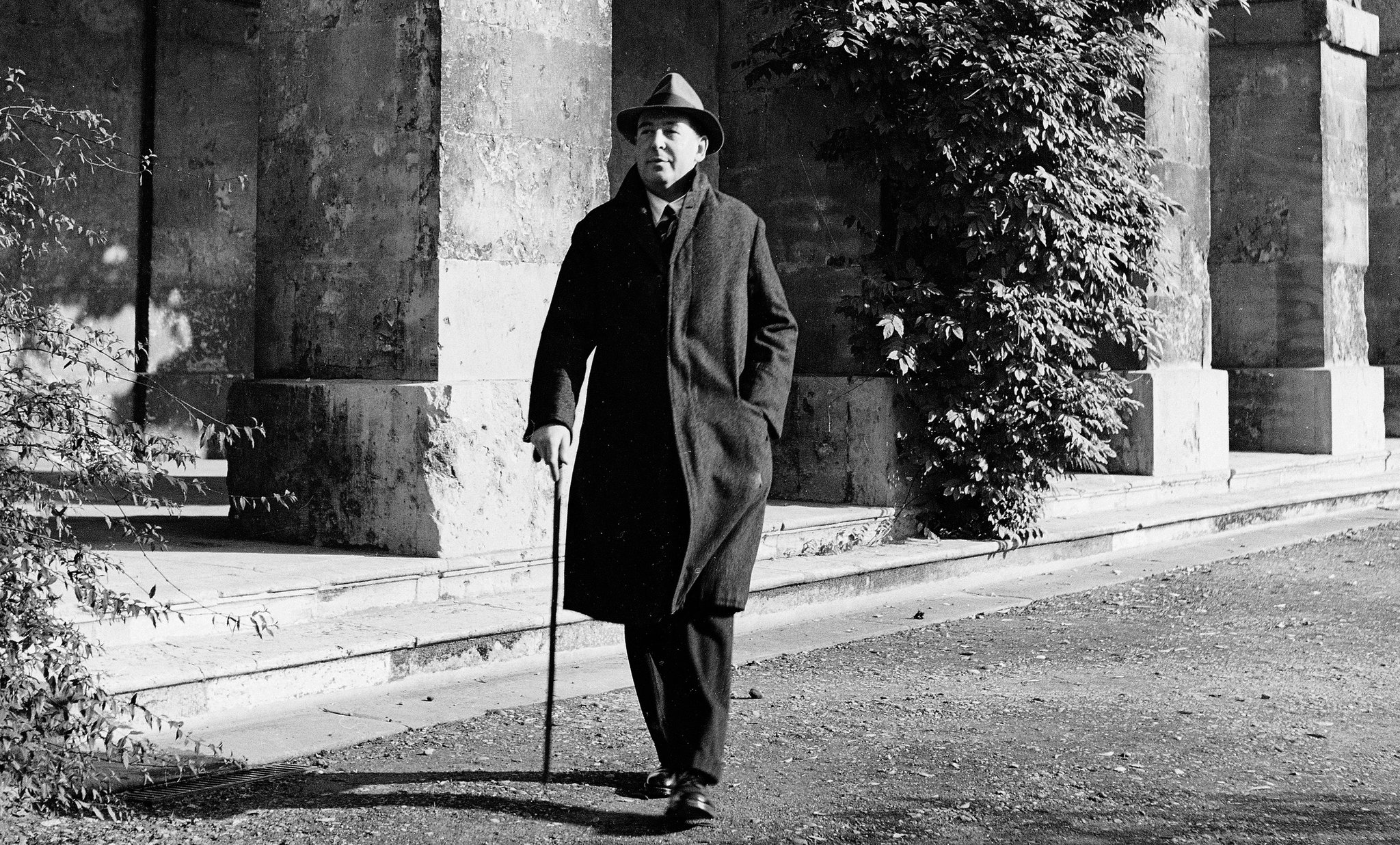 “If there were less good will, C. S. Lewis often said in December correspondence, then we might have more peace on earth. Lewis found no pleasure in the giving of generic winter cards, gift guilting, and the overall hurried pace of the Christmas season.

Lewis went from saying “I hope I am not a Scrooge” in a letter in 1952 to admitting his real name is Scrooge in another letter in 1956. In short, C. S. Lewis wasn’t a fan of the most wonderful time of the year. This attitude only intensified as he aged.

When I visited Lewis’s home parish, Holy Trinity Church in England, an elderly woman working the small gift shop inside remarked that she knew Lewis when she was a child. He was a grumpy old man, she told me.

Many consider C. S. Lewis a warm symbol of holiday cheer, particularly given his inclusion of Father Christmas in the Narnia stories. Yet the more I read by Lewis on the topic of Christmas, the more I’m reminded of my conversation with the clerk at Holy Trinity Church.

One of the most comical examples of Lewis’s disdain comes from his essay Delinquents in the Snow, which begins with his thoughts on Christmas carolers:

At my front they are, once every year, the voices of the local choir those of boys or children who have not even tried to learn to sing, or to memorize the words of the piece they are murdering. The instruments they play with real conviction are the door-bell and the knocker; and money is what they are after.

Another essay lays bare Lewis’s lack of seasonal zeal by the fitting title, “What Christmas Means to Me.” Lewis condemned the season for giving more pain than pleasure, for forcing itself upon people, for its preponderance of junk novelties, and for generally being a nuisance.

Lewis makes fun of all the midwinter fuss in a satirical 1954 essay, “Xmas or Christmas: A Lost Chapter from Herodotus.” Writing as Herodotus, a Greek historian, Lewis described people who celebrated a season he called Exmas that focused on compulsory gift and card giving in which recipients must carefully choose return cards and gifts of equal value.

In his diaries, one of Lewis’s first recorded comments regarding Christmas is far from pleasant. He and his brother Warnie had spent the holiday with their widowed father. On their way to church early one morning, the siblings got into an argument with their father about the sunrise.

Lewis believed the Incarnation was the very key to unlocking the mystery of the universe. In his book Miracles, Lewis called the birth of Jesus The Grand Miracle, and he compared the Incarnation to the missing part of a novel or a symphony. This lost piece, once found, makes sense out of the rest. Christmas allowed Lewis to have a total worldview, a way of understanding both the universe and the human experience.

For the adult Lewis, Christmas could not should not be reduced or relegated to greeting cards or the giving of obligatory gifts. Christianity was a total philosophy, a thing so serious that it alone gave real reason for joy.

It wasn’t just the commercialization of Christmas that Lewis disdained. It was the trivialization of the historical event of Christ’s birth. Lewis thought the commercial racket should be detached from the remembrance of what the angels celebrated nearly 2,000 years ago. In a letter on December 19, 1952, Lewis wrote, “How wretchedly the Christian festival of Christmas has got snowed under by all the fuss and racket of commercialized Xmas.” A year later he penned, “Oh if we could have Christmas without Xmas.”

In his spiritual memoir Surprised by Joy, Lewis describes how it was a long evening walk with J. R. R. Tolkien and company that finally helped him embrace belief in God. Theism made sense of reality. And for Lewis, only the birth of Christ and Christianity could explain theism.

In his essay “Is Theology Poetry?” Lewis echoes his earlier argument with his father. “I believe in Christianity as I believe the sun has risen,” he wrote, “not only because I can see it, but because by it I see everything else.”

Theologian Alister McGrath traces this conviction back to December 25, 1931, when Lewis observed Holy Communion for the first time since his youth. He wrote to his brother Warren describing his early steps in his new faith. McGrath writes, “What Lewis did not know was that Warnie had made a similar journey of faith, and had received Communion for the first time since his childhood while on military assignment in Shanghai—also on Christmas Day 1931. The two brothers, unknown to each other, had made a public profession of commitment to Christianity on exactly the same day.”

For Lewis, the Incarnation was not something to be merely stamped on a card, drearily sung about in exchange for donations, or symbolized in a well-balanced exchange of gifts. It was an event that was either true or false. If false, it meant nothing; if true, it changed everything. There could be no middle ground. The birth of Christ was a light illuminating the entirety of human history—and one far too brilliant to be confined to a retail holiday.

I originally published this with Christianity Today last year. You can see it on their site here.